I saw one of this couple minute videos on Facebook with the lame music….naturally I had to try it for myself but vegan style! 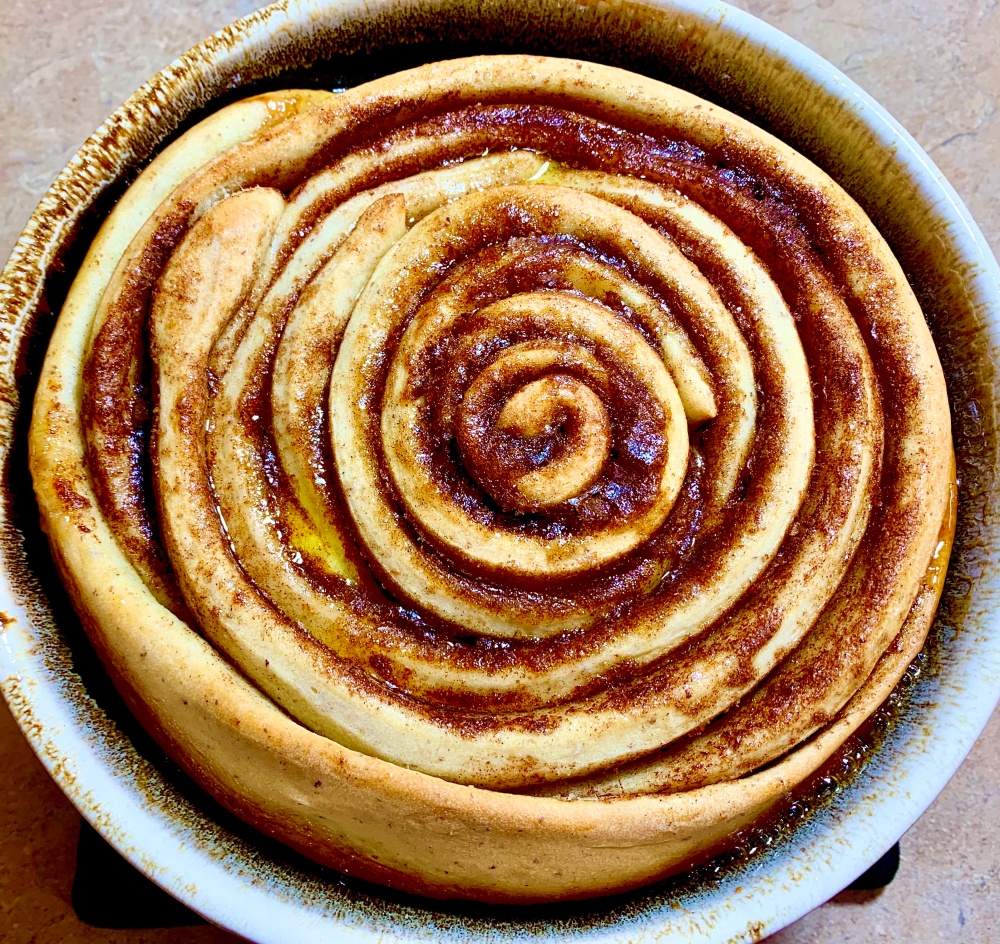 It’s kind of like an upside down cake where it’s flipped over afterwards with a super cute Apple decoration on top.

Be sure to watch my video for more tips and fun!

*Mine didn’t turn out exactly like the silly video I saw fooled me to believe. My advice and what I will do next time is I’ll make regular cinnamon rolls using the above recipe but normal cinnamon roll size. Then I would make like a mock Apple pie filling on the stove with diced apples and just pour on top of the cinnamon rolls when they come out of the oven. I think it’d be easier that way but maybe you’d have more success than I since I didn’t have the right kind of pan. 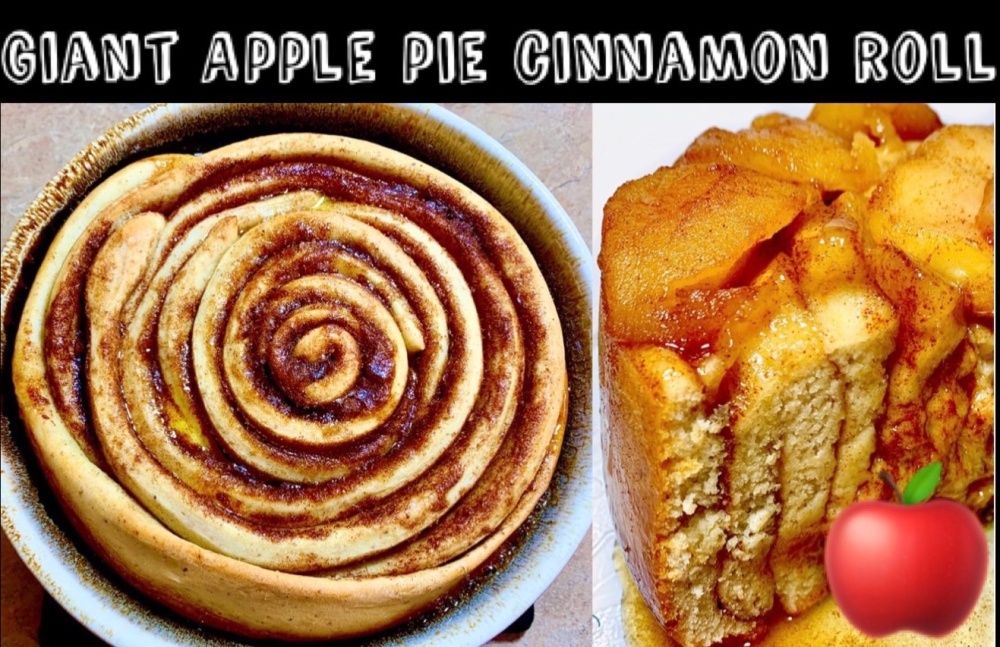 Leave a Reply to Trina and Tina Cancel reply